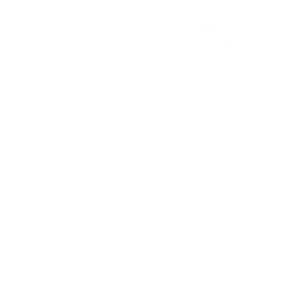 Auto and General Theatre on The Square, Johannesburg

Set in Johannesburg inside the kitchen of a suburban housewife, Nola Thompson deals with the disappearance of her husband. A psychological thriller that dances around the kitchen table. The play offers a smorgasbord of love, obsession, abuse, mental illness, investigation and crime.

Medea is centered on a wife’s calculated desire for revenge against her unfaithful husband. The play is set in Corinth some time after Jason’s quest for the Golden Fleece, where he met Medea. The play begins with Medea in a blind rage towards Jason for arranging to marry Glauce, the daughter of king Creon. The nurse, overhearing Medea’s grief, fears what she might do to herself or her children.

2011 – JEREMY AND THE THINKING MACHINE

Jeremy is the only child of the King and Queen of a mythical kingdon. The people of Jaboreen, including his mother and father and the villainous Lord Jackal, all agree that Jeremy is not the brightest of princes, and poor Jeremy is of the same opinion. Yet, as soon as FG, his fairy godmother, gives him a thinking machine for his birthday he turns into a kind of genius. But wait: does the machine require batteries, or does it not? Will he be able to rescue his mother and defy his evil uncle? In a rousing conclusion Jeremy received another, greater gift – self-confidence.

Two women meet in a small Karoo village after the funeral of David, the man they both loved. One is white and was his wife. The other is black and the mother of his child. David, who was driven into exile because of his political activism against apartheid, reappears in the searing memories of the women. During a hot afternoon of truth and reconciliation, treaties of love are painfully hammered out. The young confront the old, and what is hope for these individuals is hope for the new South Africa.

Charlie is an out of work actor currently working as a waiter. The scene is a series of hilarious encounters in Manhattan restaurants both elegant and shabby. By changing the tablecloths in the course of the action, the basic setting of three tables and six chairs becomes another place. The action’s uninterrupted and the comedy never stops. The other performers play several parts; the girl desperately trying to eat snails and oysters to please her fiancé, the middle aged lovers so intent on each other that they cannot order dinner; the rich, embittered astrologer; the timid man who never gets a waiter; the agents, directors, actors, and waiters. An amusing gallery of characters whose stories intertwine and finally involve Charlie.

It follows the fates of Hecuba, Andromache, Cassandra and the other women of Troy after their city has been sacked, their husbands killed, and their remaining families about to be taken away as slaves (it runs parallel to the events in Euripides‘ play “Hecuba“). It is often considered one of Euripides‘ greatest works, and among the best anti-war plays ever written.